Where it all began 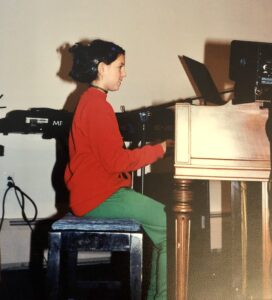 My mom tells this story about me singing to myself as a baby to keep myself entertained. I can say that not much has changed! I have been performing and ‘overdramatic’ for as long as I can remember. I began taking piano lessons at an early age, performed on stage for the first time in elementary school, sang my first solo in middle school, and accompanied soloists and choirs in my teens. It wasn’t until my senior year in high school that I became involved in the TV/Film industry.

Bump in the Road

It was the beginning of my senior year in high school, when I realized that I hadn’t thought about what I wanted to do with my life. I hadn’t looked at any colleges yet nor thought of what my major would be. I didn’t want to major in performance, but didn’t love anything else as much. So I auditioned for Vocal Performance and Musical Theater programs for five colleges – and wasn’t accepted to any of them. After those rejections, I decided to take a year off to try to figure things out. However, God had other plans. 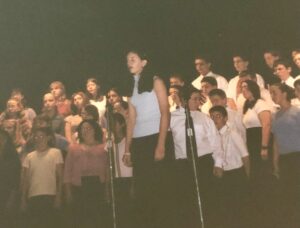 The summer after graduation, I attended the MB Expo in Dallas and auditioned for talent agencies located in New York and LA. I was offered a scholarship to attend the New York Conservatory for Dramatic Arts School of Film and Television at the end of the event. I toured the school in July and moved to NYC in August to attend NYCDA. It was a whirlwind adventure that I absolutely loved. I learned so much about the craft and the industry and am grateful for the experience.

After college I wasn’t sure what to do with my degree and moved back to Delaware. The next couple years were trying to say the least. I stopped performing for a couple years as I competed for the title of Miss Delaware. I worked odd jobs in the food industry, retail, medical field, and administration. It wasn’t until 2016 when I created my piano teaching business and accompanied for multiple schools in Delaware. I also started auditioning again for the TV/Film industry instead of community theater. 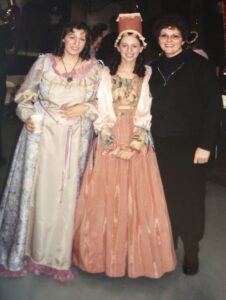 Since 2016 I have starred in student films, been in TV commercials and TV shows, sang the National Anthem for professional sport teams, accompanied for numerous schools in DE, and taught piano and voice lessons to multiple students. In 2020 I created Stephanie Bailey Entertainment as a way to promote my work and passion for the performing arts industry. Through the use of my website, YouTube channel, and social media platforms, I have gained recognition and credibility to industry professionals.

The process of getting to where I am today was filled with longing, despair, hope, rejection, joy, and a determination to never give up. I am constantly learning, studying, researching, auditioning, promoting, and creating. I strive to never lose my passion and motivation of becoming a better performer. I cannot wait to see what I will do next.